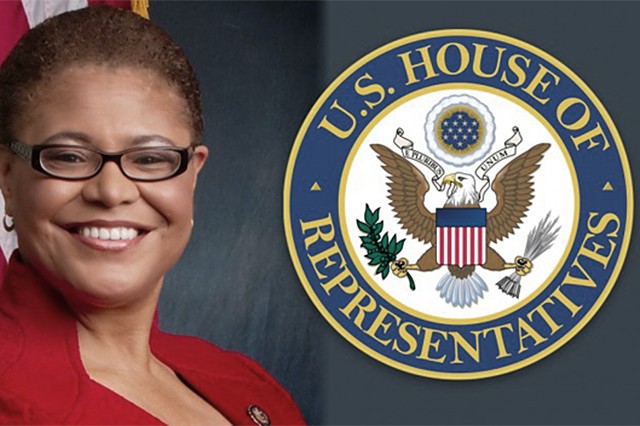 The bill, introduced by House Foreign Affairs Committee Chairman Ed Royce (R-Calif.), will make AGOA more effective by directing the President to establish a website with information regarding AGOA and by encouraging embassies in chosen countries promote export opportunities to the United States.

The bill also included Rep. Bass’s MCORE Act of 2015, which enables eligible countries with Millennium Challenge Corporation compacts to simultaneously enter one additional compact if the country is making considerable and demonstrable progress in implementing the terms of the existing Compact. This would promote and develop a stronger economic relationship between the sub-Saharan Africa and the United States.

“The African Growth & Opportunity Act and the Millennium Challenge Corporation have proven track records of spurring economic development. Expanding these programs advances our position as international leaders, strengthens our domestic job market and economy, while protecting our national security interests,” Rep. Bass said. “It is in our economic and political interest to expand our economic relationships with the nations of Africa and this legislation strengthens these key laws in that effort.”

For well over a decade, AGOA has served as the key foundation to U.S. – Africa trade and investment. The AGOA Enhancement Act hopes to build on and improve this successful law. Rep. Bass has devoted a large portion of her time in Congress to pushing for the extension of AGOA. Working hand-in-hand with Democratic and Republican members of Congress, business and labor officials as well as the AGOA ambassadors and members of the African diaspora and civil society to push for the reauthorization of AGOA, earning its passage in June of 2015.

NOTE BY AGOA.INFO: EQUIVALENT LEGISLATION NEEDS TO ALSO PASS THE SENATE, BEFORE IT CAN BE PRESENTED FOR SIGNATURE AND BECOME LAW. THE SENATE VERSION BEING CONSIDERED IS S.832-115TH CONGRESS